The recruiting tip this week is for the parents. As a parent of an athlete myself, I can relate to the wanting to give my daughter the best opportunity to succeed. This not only means that I have a role in her development but that I also have a the responsibility to develop positive relationships with other parents on the team.

II hope you find it both video on the topic of parents role in the recruiting process both inspiring and helpful.

In this video, Erin explains that she considers a recruit’s parents when determining whom to bring onto her team. She points out that as recruitment now starts at younger ages than before, college coaches are much more in touch with the recruits’ parents throughout the process.

One key element Erin considers is how much the parents let their young athletes self-advocate. That indicates a parent who is less likely to interfere, and a player who is more empowered. Erin also watches parents’ sideline behavior to see whether parents are respectful of all players and coaches. 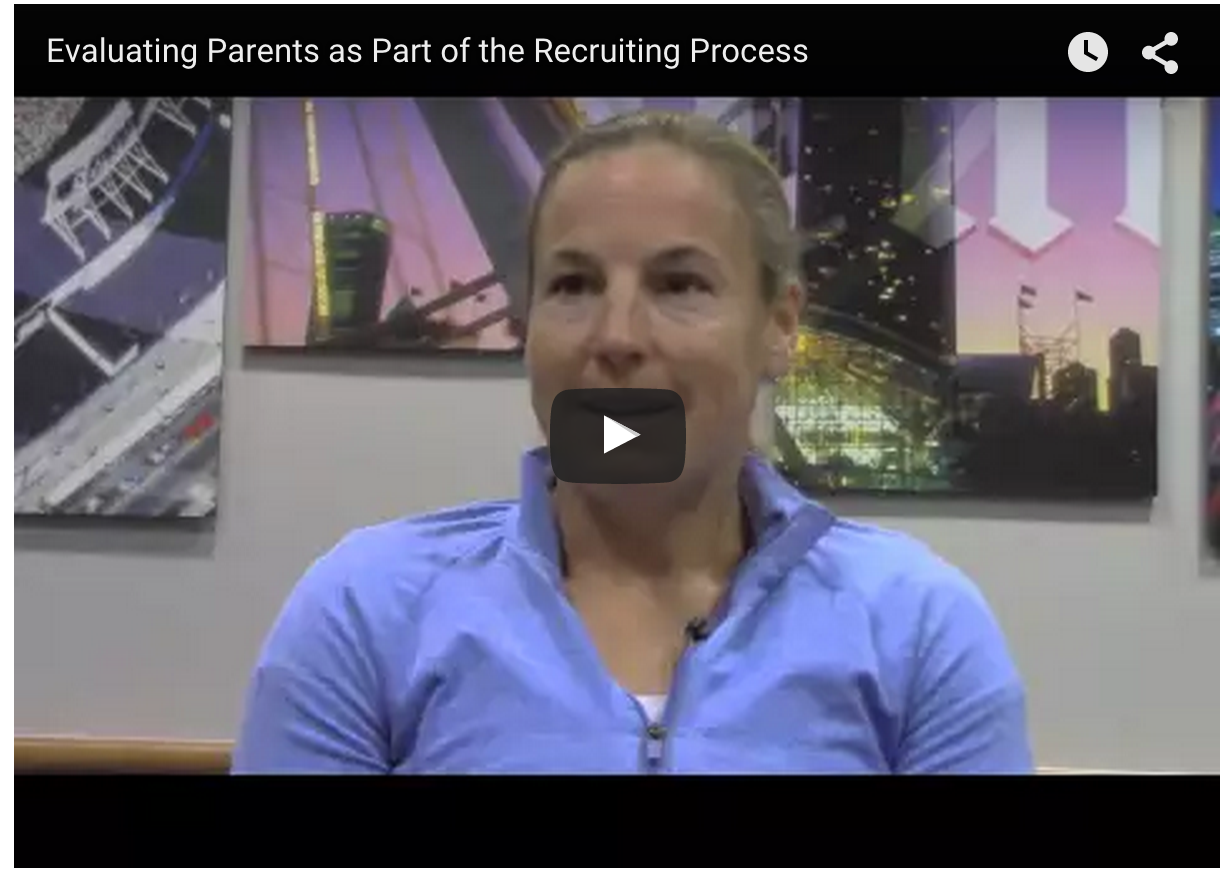 For video, click the photo or this link:  https://youtu.be/e2mWPEgurp8

Erin Chastain (@ChastainErin) has served as DePaul University Women’s Soccer Head Coach since 2007. Earlier, she spent five seasons at national soccer power Santa Clara University as an assistant coach. During her tenure with the Broncos, the program reached the championship game of the 2002 NCAA Championship, the semifinals in 2004 and the quarterfinals in 2005. She also helped the program to West Coast Conference titles in four of her five seasons. Erin also spent time during her first three seasons at Santa Clara working with several youth teams in the Bay Area, including the DeAnza Strykers and the North Valley Tornadoes.

My Tweets
Join 4,299 other subscribers